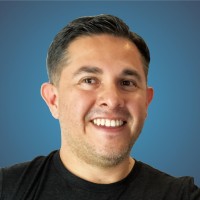 Online video courses are becoming super popular, but not all videos are created equally. I’m not talking about the content of the videos. I’m talking about the videos, technical makeup. In this video we are going to talk about some of the best practices before you export your videos for your online course.

Hi, my name is Ben and I’ve been in the elearning industry for the past seven years. I’ve worked with many, many course creators and now I’d like to share what I’ve learned with you. On this youtube channel we talk about tips and strategies for online video courses.

Video is such a great vehicle for teaching visual learners how to do something. In fact, when I need to quickly learn how to do something like change the filter in my swimming pool or install a new fan, I almost always turn to youtube for a quick video tutorial.

However, sometimes the hardest part isn’t coming up with the videos content. It’s figuring out all the tech behind it all. On one hand you have to deal with tech to record the video. Then on the other hand you have to deal with the tech on how to edit and publish the video. There are so many video editing platforms available and each one is different so I’m not going to attempt to show you how to configure and export your videos. However, I want to give you some general guidelines that might be helpful for creating your videos for your online courses.

When it comes to exporting video that is optimal for viewing in a web browser. There are a few things that we will need to look at. As I already mentioned, each video editing software package is different, which means exporting videos and configuring the video encoding options may differ from platform to platform, but there are some important encoding options that we will talk about to make sure that your videos are fully optimized.

Before we jump into these settings, I also want to make a few comments regarding some external factors for video. First, remember that your final video product is always going to be at the mercy of the server it’s hosted on for delivery and the bandwidth of your video viewers. So if you have a fast server where your video is hosted, then you increase the chances of your video playing nice and smooth. However, if you have a viewer that’s watching your video from a satellite internet spot while sitting on a boat floating down the Amazon, then your viewer might experience some latency and the video will likely buffer. Another factor is the user’s browser of choice. Browsers are a tricky thing because not all browsers are created equal. I’ll talk a little bit more about browsers when we talk about codecs and video formats. Just know that the browser can affect video as well.

The point is you can optimize your video to the best of your ability follow best practices and your video still has the potential to buffer during playback.

We are going to be talking about video resolution, frame rate, bit rate or data rate, and codecs, some would argue that bit rate and data rate are not the same. This video will not determine our settle that debate. However, for simplicity we will just call it bit rate.

Okay. Onto our recommendations. First up, we’re going to be talking about video resolution. The resolution is simply the physical viewing size of the video. Typically when we talk about resolution, we are talking in terms of width and pixels by height and pixels. For example, a video that is 720P is the equivalent of 1280 pixels wide by 720 pixels high.

You also have video aspect ratio which is simply the video’s height in proportion to its width. For a standard video of this would be 4:3 and for a high definition video you’d have 16:9. There are other aspect ratios, but these are the two most common formats when talking about video for online courses.

Here are some recommendations from various platforms for creating video for viewing online. Some of these platforms support 2K and 4K options, which means their video servers are optimized to deliver the video, but remember the guy sitting on the boat floating down the Amazon. Those video sizes will create a much bigger video file and will demand a higher bit rate hence or require more server resources and ultimately more bandwidth. I will be talking more about bit rate here shortly.

The most popular resolution for online course videos is 1080P which is 16:9 ratio. This option allows you to have a full high definition video and will still be optimal for playing across the web.

At a minimum, I’d recommend a video to be produced in a resolution of 720P.

Okay. Next up is frame rate. Frame rate is basically the amount of frames recorded per second. Video is essentially a series of still images recorded within the timeframe of one second. When the 30 frames per seconds are played back our brains are tricked into thinking that it’s an animated clip.

Frame rate is interesting because you can specify your frame rate on your video recording device and you can also specify the frame rate when you’re exporting your video in your video editing software.

There are various frame rates and they range anywhere from 24 fps up to 60 fps. There are even higher frame rates. However, realistically for Internet video 60 is likely the highest that I would recommend. Only because this would increase your video size and if you attempt to record a high definition video at 60 fps, you’d better hope that your video watchers have a fast internet connection.

Let’s take a look at our platform comparison. Again, it looks like Youtube supports up to 60 fps, however you to me and teachable both specify 30 fps. In my personal experience, 30 fps has been the magic number. 60 fps is actually cool when you want to do slow motion video, but 1080P at 30 fps is a pretty good combination.

Okay. Now on the bit rate, the bit rate or data rate is simply the amount of data that is used for each second of video. It’s typically measured in kilobits or megabits per second. This could likely be a video in and of itself.

Most video editing software uses a variable bit rate, which means that an algorithm detects the amount of data necessary without being redundant to construct a frame. That said, if you do have an option for variable bit rate or constant bit rate, I’d highly recommend using the variable bit rate, but many platforms are already engineered for this and it doesn’t need to be set.

Let’s take a look at our recommendations from our various platforms. First, notice that each platform has a different recommendation based on the video resolution. That’s because a lower resolution video will require less data to be displayed in its frames versus a high definition video with the larger resolution, which would obviously require more data. If we stick to our recommended 1080P video, we can see that we’d be safe if we had a bit rate of 4Mbps up to 10Mbps.

In my personal experience. It also depends on what your video consists of. For example, if you’re doing a screencast, you’d likely be okay with a lower bit rate because the data in the frames isn’t going to be constantly changing. On the flip side, if you’re doing a talking head video just like this, then it will take more data to construct the frames because there is more movement colors, et cetera. In this case, I’d go with a higher bit rate, more like 8Mbps up to 10Mbps.

A suggestion would be to export your videos with different bit rates and then test the play back to see if there’s any loss in quality. You can essentially dial it in so that you can have the lowest possible bit rate without losing quality because that will also optimize the video for playing across the internet. Remember the guy on the boat in the Amazon?

Now we’re going to talk about codecs. Codecs are essentially programs to compress data for transmission and then another program on the receiving end for decompression. The name Codec is actually a play on the words compressor, decompressor or coder decoder, in either case codecs are important when it comes to online video because you’ll need to ensure that you encode your video with browser compatibility in mind.

Now let’s look at what other platforms are recommending for Codecs, but before I show you that data, I also wanted to mention briefly that I will show you the audio codecs as well. When you create a video file, it actually has two separate elements audio and video. Audio codecs are equally important as video codecs because browser’s only support certain audio codecs.

Okay, let’s take a look. Again, it’s clear that h.264 Is the most popular. If you notice, I also added in the video format, which is MP4.

MP4 is simply a file container or file wrapper. Mov and AVI are also formats. Basically you can have an h.264 encoded video in an MP4, MOV or AVI format. The most common format among browsers is MP4.

Also the Audio Codec that is most common is AAC.

If you learned something new today, would you please do me a favor and consider subscribing to our youtube channel? Be sure to hit that bell so that you get notified when we release helpful video content just like this. Again, thank you for watching. We’ll see you in the next video. 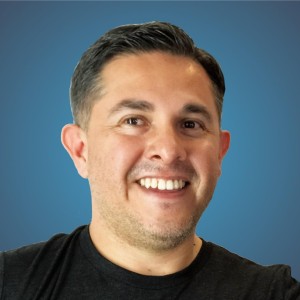 Ben is one of the co-founders of Fly Plugins, creators of the first and most widely-implemented learning management system for WordPress, WP Courseware. Since 2012, he has helped thousands of entrepreneurs, corporate training departments, and higher education institutions develop and deploy online training courses from their WordPress websites.